By Helen Ranger on May 28, 2022 in Fes, Fes Festival of World Sacred Music, Fez, Morocco, music

This year’s Fes Festival of World Sacred Music is a shorter-than-usual version over four days, 9-12 June, with the theme Architecture and the Sacred. Now that the programme is available in English and will soon be on the festival’s website (www.fesfestival.com), let’s take a look at what’s on offer this year. Note: These are MY choices and they’re highly subjective. The point of festivals is to go beyond what you’d normally choose and take the opportunity to challenge yourself. Only once you’ve tried it will you know if you like it or not. Of course, you can always check out the artists on YouTube, too.

While there are no big names and no blockbuster final concert this year, the programme does contain some gems that will be worth attending. It’s also a gentle easing-in for the new Artistic Director, Bruno Messina, who is well-known in the world of festivals for his work at the Festival of Berlioz and at the Festival Messiaen au Pays de la Meije in Isère, France. With a background in classical music, he has also studied jazz and gamelan, the traditional music of Java and is a professor of ethnomusicology at the Conservatoire National Supérieure de Musique et de Danse in Paris. 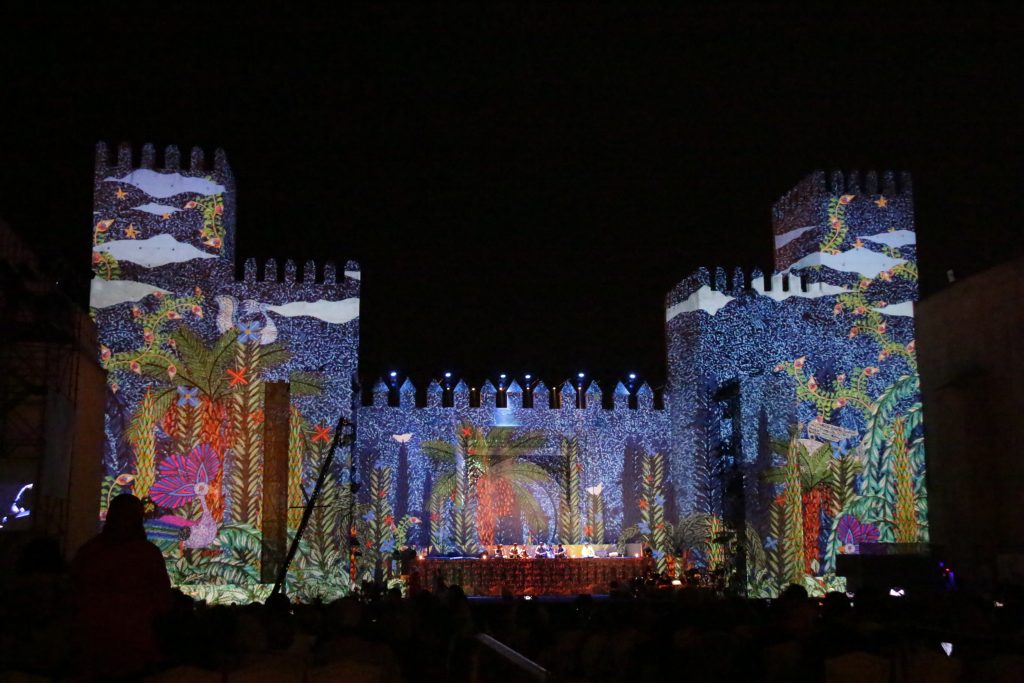 But it’s Alain Weber, Artistic Director since 2009 with musical direction by Ramzi Aburedwan, who will be presenting the opening concert at this year’s Festival, as his swan-song. This is definitely one not to miss. In true Weber-style, there will be spectacular mapping creating visually stunning backdrops projected onto the ancient walls of Bab al Makina, and up to 100 artists on stage from different religious and musical traditions. We will be taken on a journey to major sacred architectural sites on the planet such as Notre Dame Cathedral in Paris, the Potala Palace in Lhasa, the Taj Majal in Agra and of course, our own Karaouine Mosque in Fez, among others, and the artists will present music from that region. This concert features most of the artists performing over the coming days, so makes an excellent introduction and gives you an insight into what to see and what to miss. Among those appearing are the Festival’s beloved Françoise Atlan, Himalayan bard Lobsang Chonzor, a Gnawa group, Indian Kathak dance and the Roohani Sisters.

I’m expecting a mesmerising concert from this group of 14 singers and instrumentalists from the Sultanate of Oman, singing samâa or spiritual songs highlighting love, peace and gratitude. Time to sit on the grass under the trees (fighting for a seat in the shade doesn’t seem to be quite right) and allow yourself to drift away …

This highly rated pair of doctors of music from Delhi University sing some of the best Sufi Jugalbandi. Here they present a mixture of Sufi music featuring qawwalis, kaafi, qalams and ghazals, some of which they have written themselves. They will be joined by the Iranian mezzo-soprano Ariana Vafadari,  and top Indian dancer Rinku Bhattacharya Das.

I can’t say I’ve ever seen a woman play the glorious Senegalese instrument the kora before, but Senny Camara does so beautifully. This concert should be a relaxed foray into West African blues and folk in the exquisite setting of Dar Adiyel.

This is quite a mixture: we have A Filetta, a group of Corsican polyphonic singers (always superb) with a saxophonist, joined by vocalist Fadia Tomb el Hage and Egyptian slammer Abdullah Miniawy. They’ll present a programme of songs in Corsican, Arabic and Syriac that promises to be sublime. Another stretch-out on the grass?

This music is from the Uighur community of Kazakhstan who present Onikki muqams played on traditional instruments. Influenced by ancient civilisations and religions such as Buddhism, Manichaeism and finally Islam, this should be an interesting programme.

There will be music from all around the Mediterranean by Rachmaninov, Arvo Pärt, Heinrich Schütz, Zad Moultaka, Jean-Louis Florentz, Salomone Rossi, Pierre Le Vénérable, Alfonso X El Sabio, Robert White and music from traditional Orthodox, Sephardi Yemenite, Arab and Melkite repertoires. It should make for an interesting concert.

More polyphonic singing, but this time from Sardinia and really, it’s always so good that it doesn’t seem to matter. There are four men singing mezzo and depending on the architecture, you’ll hear an uncanny voice singing alongside them – is it a child, or an angel? Accompanied here by Gavino Murgia with his bass voice and playing the launeddas, a woodwind instruments with three pipes, a flute and saxophones, this one should be a winner.

That’s my list, and that’s not to say the other concerts won’t be any good. What’s on your list?

For more details of where to stay and what to expect at the festival, click here.

View all posts by Helen Ranger →